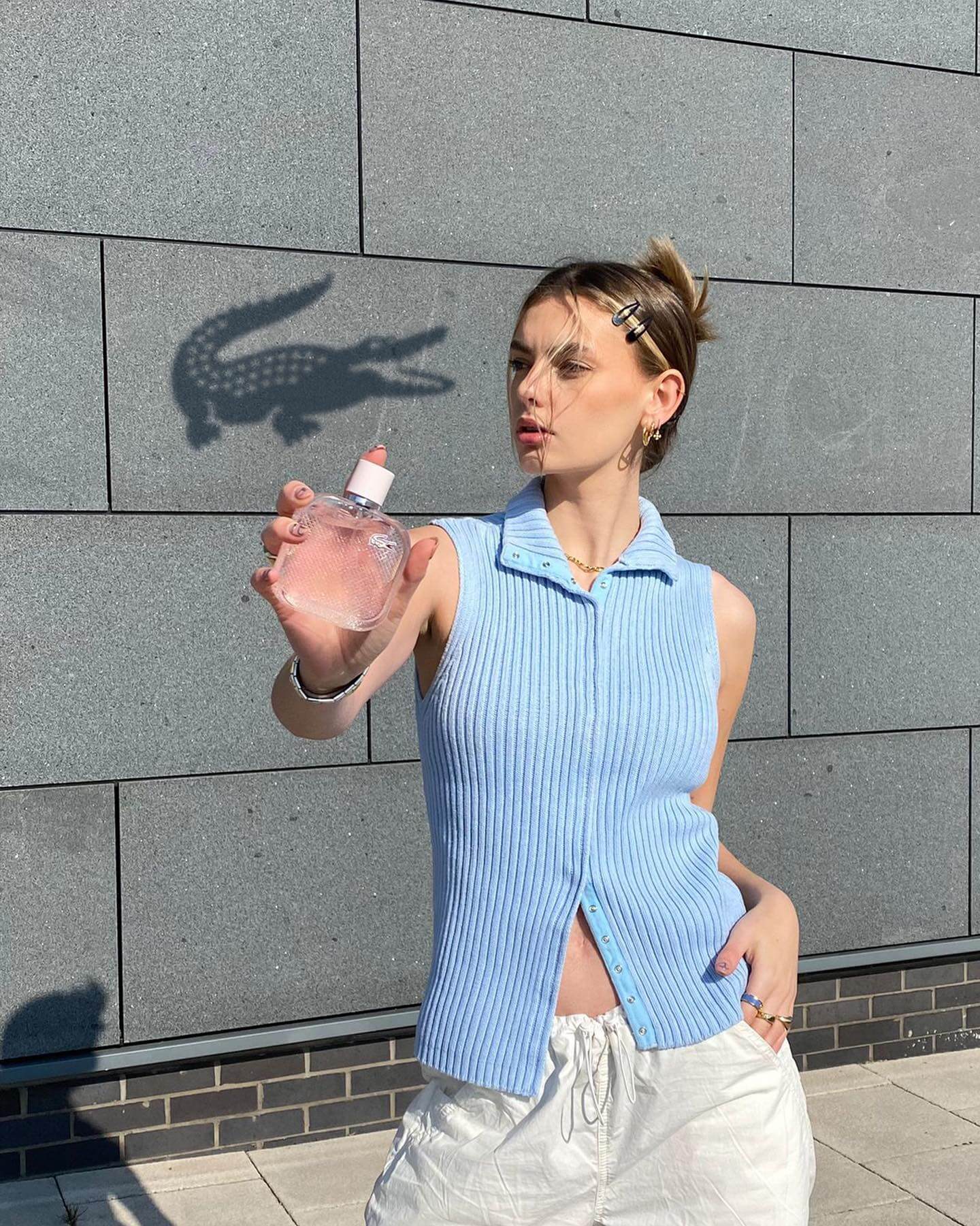 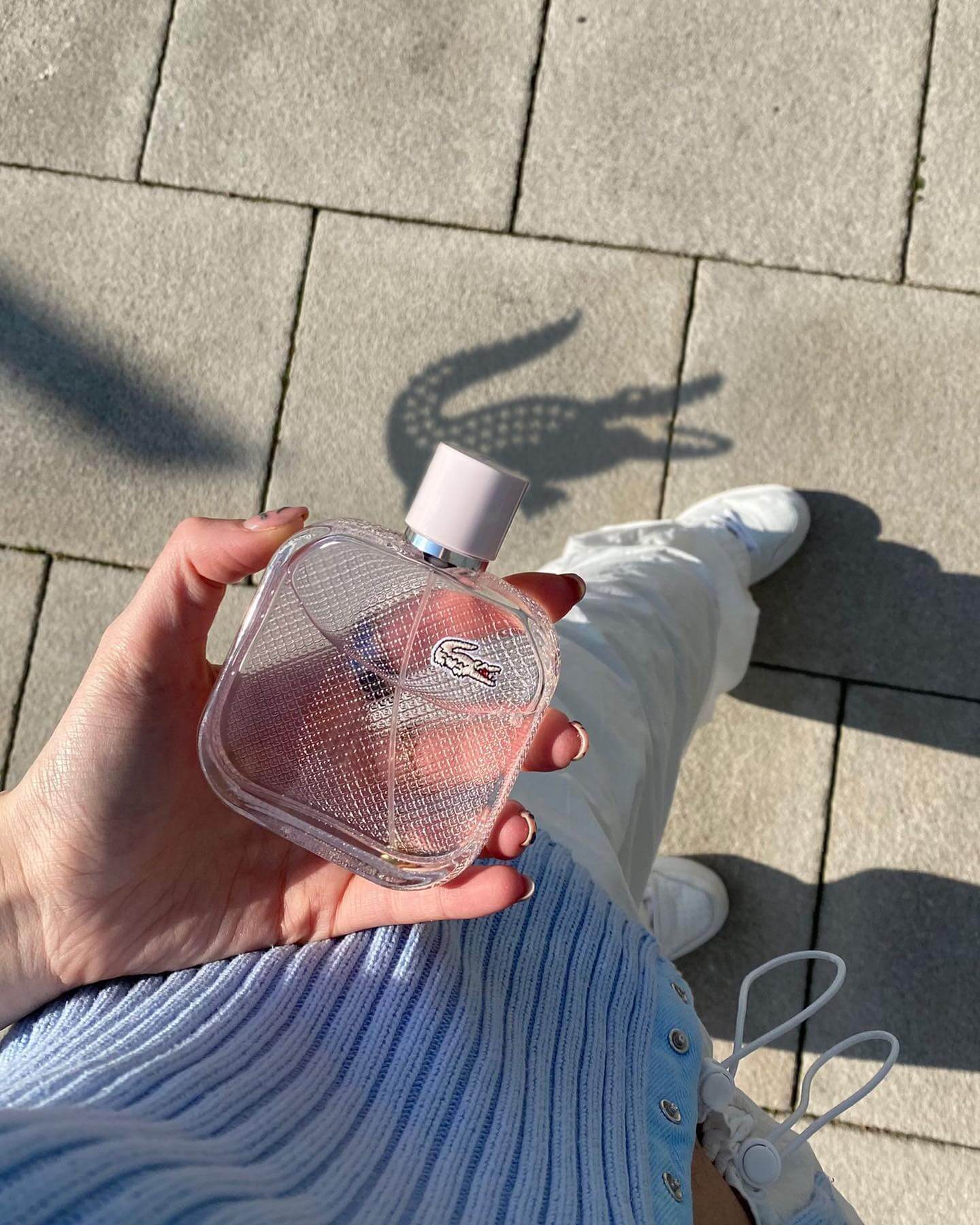 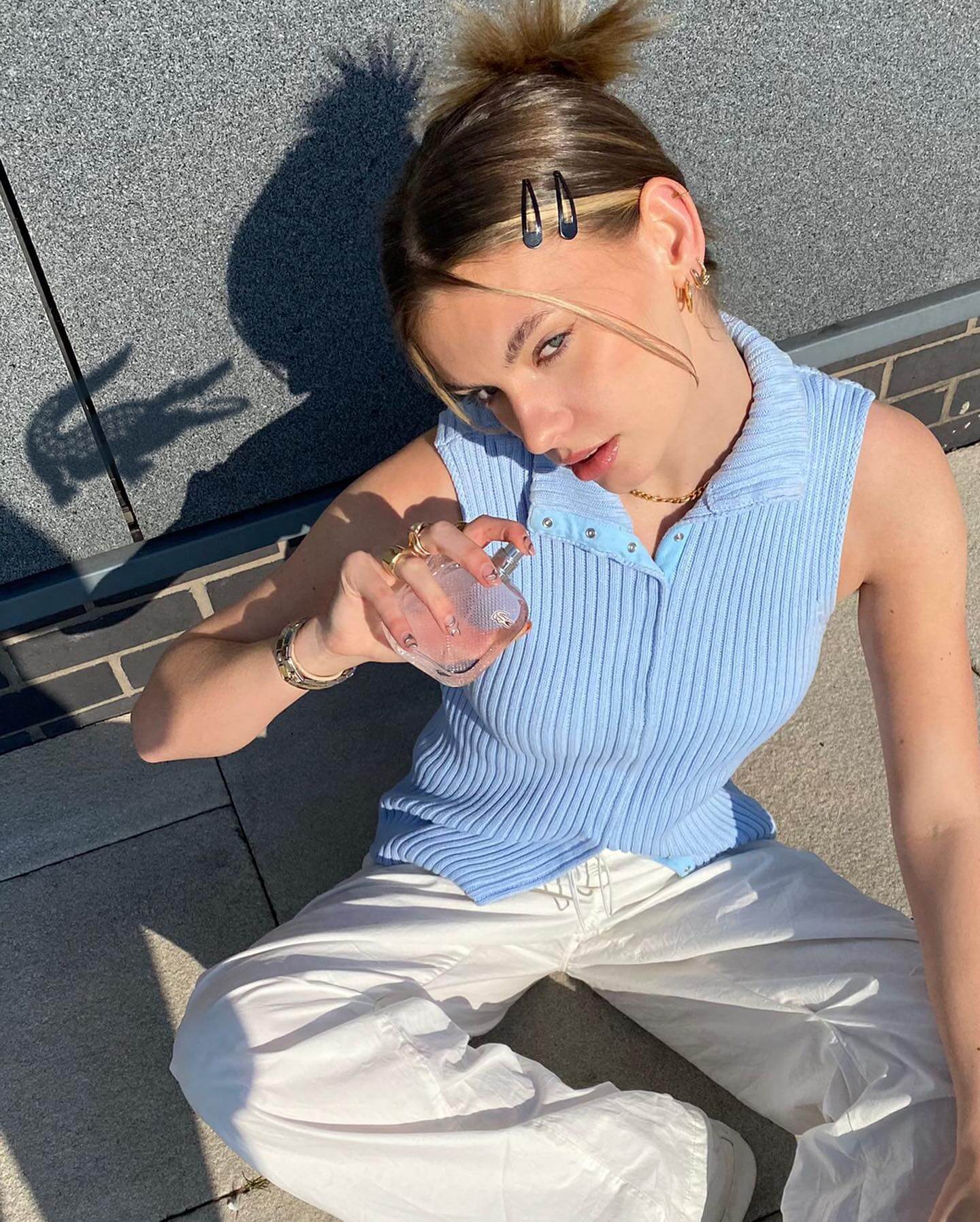 Recognisable by its crocodile logo, Lacoste, originally specialising in clothing, footwear and accessories and has been proclaimed as an accessible-luxury brand since its founding in 1933. The famous french brand quickly made a real name for itself in the sporting apparel world, and by 1968 released its first line of perfume which garnered a huge amount of support.

Since that first fragrance line the company has continued to produce popular products, most recently they released L1212 Eaux Fraîches.

Wanting to effectively advertise their new product across social channels, Lacoste reached out to MUSE The Agency for our extensive roster of talent. Hand selected for her bright and dynamic instagram profile, our styling superstar, Mia Dickerson, was tasked with creating content for both her feed and story. Briefed with using the sun and shadows to her advantage, our MUSE was also directed by the brand to play around with the inspiring spring colours with a focus on the perfume bottle.

Mia produced some powerful content which proved to be a huge success, adding the visual of the crocodile logo as a shadow effectively marketed the product and brand to her close to 100k following even further.